NYU Wireless researchers will work on millimeter wave (mmWave) systems for emergency responders as part of their work with the Austin Fire Department, Italy’s University of Padova and NYU Wireless industrial affiliates thanks to a $2.3 million award from the U.S. Commerce Department’s National Institute of Standards and Technology (NIST).

The award was made earlier in the week and the researchers immediately convened in San Antonio, Texas, to begin executing their plans to reduce the time to bring mmWave technology to public safety communications. The research will revolve around exploiting frequencies above 6 gigahertz for emergency and safety applications: Things like relaying video in moving ambulances, employing VR in emergencies, getting HD images from drones in real time or controlling robots in dangerous environments.

While a lot of work has been conducted around the propagation characteristics of mmWave technology—and NYU Wireless has conducted much of the pioneering research—public safety communications presents some unique challenges and is less understood. For example, link failures that mean nothing more than a dropped call for mobile phone users could crash an autonomous vehicle. And given the speed at which emergency vehicles need to move, that presents a severe “handoff” challenge for antennae. The researchers plan to address these mmWave issues and more.

In the first phase of their work, they’ll develop special channel soundings for emergency systems, including peer-to-peer and aerial and vehicular links not required for cellular and Wi-Fi systems, as well as signal blockage and mobility issues that are not yet fully understood.

Other research will develop software-defined radio systems to deliver ultra-reliability. Complex channel emulation will be needed to scale to the bandwidth and for the large number of antennae required for mmWave. Based upon their experience with commercial mmWave modeling, the researchers hope to vastly simplify channel processing.

“Our team is grateful for this NIST grant, which will allow us to expand the knowledge we have been building about millimeter wave technology into a new area that is not just intellectually challenging but one that will ultimately save lives,” said NYU Wireless Director Sundeep Rangan, who leads the project and is an associate professor of electrical and computer engineering at NYU Tandon, in a press release.

Within three years, the team aims to develop fundamental research on the behavior of the radio waves, channel measurements and models and public safety-specific findings for technology such as antennae and testing equipment, as well as an end-to-end system simulation of a complex public safety scenario. The researchers plan to develop the first free and open-source channel sounding, emulation and simulation tools for designing and testing public safety communications equipment.

Austin-based National Instruments (NI), an industrial affiliate of NYU Wireless, will provide much of the equipment and software. NYU students have worked extensively at NI to develop key components. Earlier this year, NI donated nearly $1 million in hardware and software to NYU Wireless to accelerate 5G research.

“As 5G gets closer to becoming a commercial reality, there is still a lot of work to be done when it comes to making 5G ready for public safety communications,” said James Kimery, director of RF research and SDR marketing at NI, in the release. “We have a long history of collaboration with NYU Wireless on pushing the boundaries of mmWave research and as an Austin-based company we’re doubly excited to work with them on research that could ultimately impact our local community in emergency situations.”

The Austin Fire Department’s (AFD) Robotics Emergency Deployment Team is at the forefront of the use of robotics in emergency incident management. AFD was the first metropolitan fire department in the country to receive a Certificate of Authorization from the FAA to use drone technology in real-time, public safety capacities. The team is already testing air, ground and maritime robotic platforms to establish an industry standard for the first rescue-specific robots.

Verizon recently conducted demonstrations in Perry, Georgia, with more than 20 technology partners to show how drones, robots and other new technology can help first responders in a variety of scenarios, from collapsed buildings to an active shooter/hostage situation. Those drills used Verizon’s 4G LTE network as opposed to 5G, but organizers said they wanted to show what’s possible with today’s network gear. 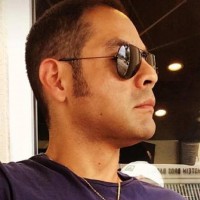